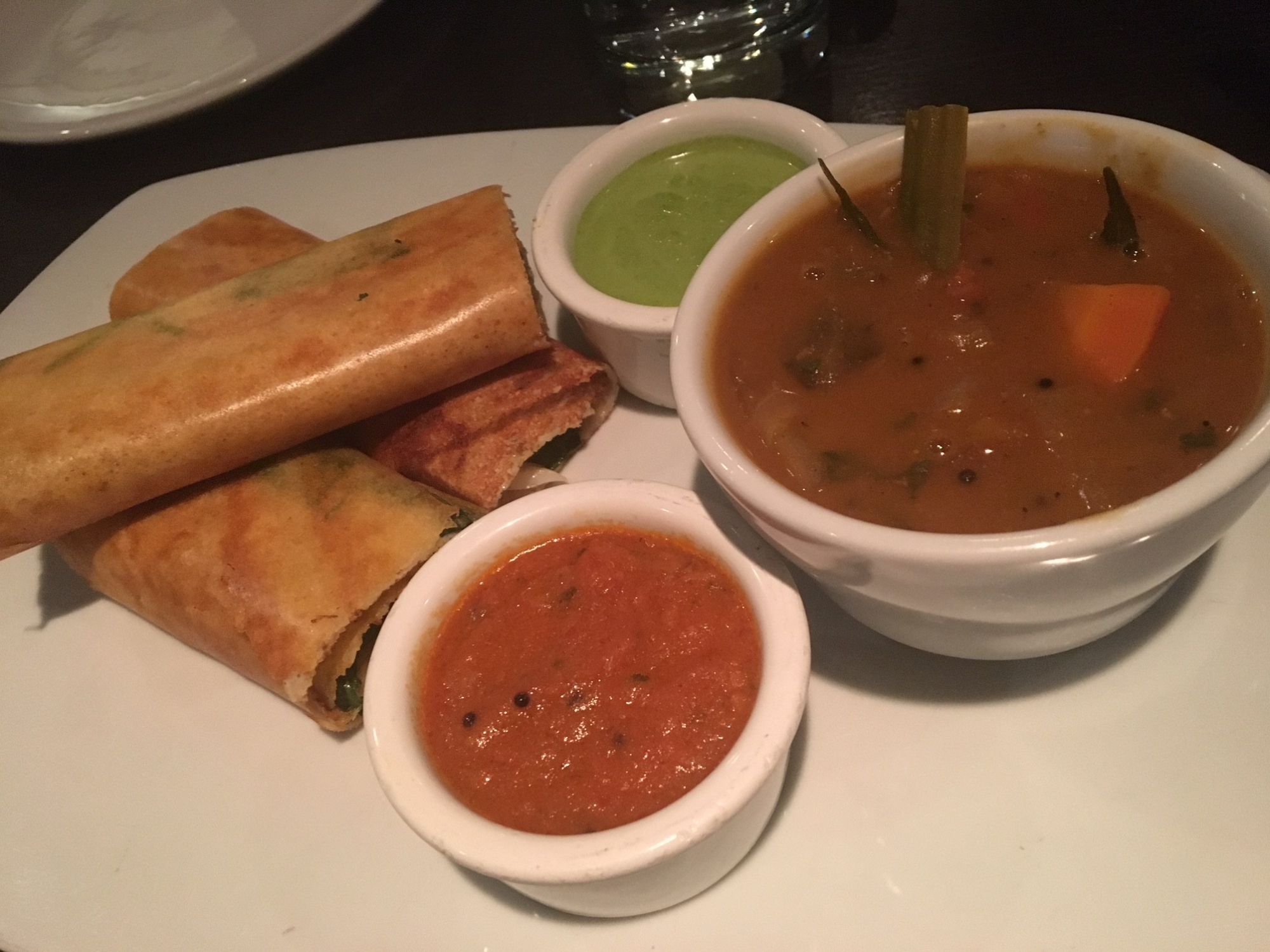 Indian classical flavors, with a twist on preparation. That’s what you get at RASA. With a variety of options from a fennel dosa to fried idli. The fennel dosa was not a very exciting option at first but the taste was there. When you first bite into it, a sensation of warmth filled inside of me. Then came the fennel. The fennel was so fresh and gave the burst of flavor in your mouth that was crunchy and a little juicy. After that came the dosa itself. It felt a lot like a dosa you would get in India with an initial crunchiness, then the buttery and oiliness and finally the soft inside layer. These two ingredients mixing together with all the individual flavor they had was just a match made in heaven. Oh and don’t forget. SAMBARRRRRRRRR. Sambar is probably my favorite Indian food so to have a delicious sambar was key to this dish. The sambar really equalized the dish with a not spicy but tangy flavor and added a liquid element to the dish. 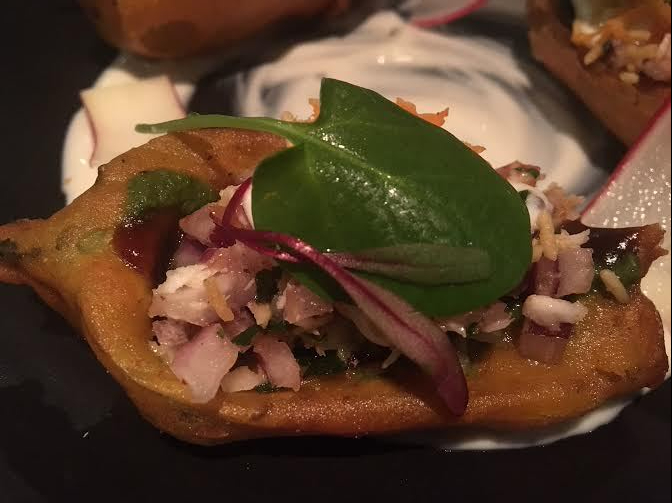 On a completely opposite note was the railway peppers. This dish was mainly comprised of a fried banana pepper topped with, greek yogurt, lime and black mustard seeds. Something that took me back to when I traveled in Indian railways from Bangalore to Chennai in Shatabdi express. The pepper was a relatively spicy but not so spicy that it overpowered everything in the dish. Then came the greek yogurt. This smooth and silky flavour combined with the crispiness of the outer layer of the pepper really was an excellent dynamic duo. Along with these two aspects complementing each other, they also complimented the very juicy banana pepper. Finally, even though the mustard seeds and lime were detectable, they were lost in all the other flavours in the dish. This was the only flaw in an otherwise perfect dish.

This is a text widget. The Text Widget allows you to add text or HTML to your sidebar. You can use a text widget to display text, links, images, HTML, or a combination of these. Edit them in the Widget section of the Customizer.
%d bloggers like this: